Will decentralized cryptocurrencies like Bitcoin—that are beyond the influence of Sovereign Governments—be allowed to survive? Not according to American investor and financial commentator Jim Rogers. 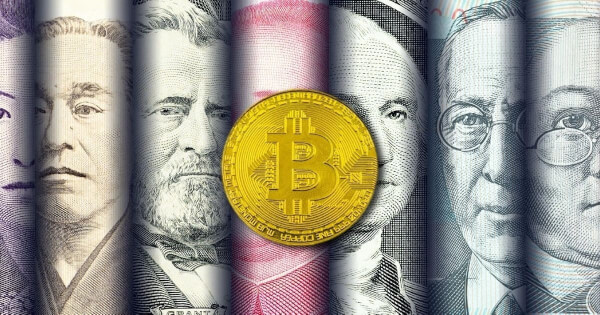 The emergence of Bitcoin and cryptocurrencies have captured the attention of the financial world as a new way forward for global trade, money issuance, capital movement, and trust. But how long do we really believe that governments, such as the United States and China, will allow the mechanism for their own destruction to survive? How influential would the United States be without the dollar squarely positioned at the center of all global trade? What use will China’s Belt and Road expansion be if no one uses the Yuan?

According to prominent investor Jim Rogers in an interview with Japan’s Aera dot, it is precisely for these concerns that he believes the Bitcoin price is headed to zero.

If Bitcoin Succeeds, Governments will Kill it

Jim Rogers is best known for co-founding the Quantum Fund QMCO with billionaire George Soros. Rogers has now become a staple financial commentator as a television and media personality.

Speaking to Aera dot, Rogers said, “If a cryptocurrency succeeds as real money, the government will make that cryptocurrency illegal and eliminate it."

While Bitcoin can be exchanged for goods and services, there are very few legitimate or established vendors with which to transact. Currently, Bitcoin serves mainly as a hedge investment and a store of value—this safe haven aspect of Bitcoin has been growing among renowned investors, institutions, and billionaires since the coronavirus market crash in March.

The trend of storing value in resilient Bitcoin has been fueled by the ease at which the Federal Reserve and the US Government have printed trillion’s of dollars in economic aid with little thought for the consequences, or of what value underlines the dollar.

Despite the ire for Bitcoin, it is no secret that governments around the world are trying to harness the power of crypto but keep hold of the issuance and policies of currency—through the development of Central Bank Digital Currency (CBDC). Rogers confirmed, “Governments like electronic money because you can track it thoroughly and it will give them more control over their people.” He added later,

“Only controllable digital currency will be allowed to survive, and those beyond the influence of the governments will be eliminated.”

Bitcoin was created over 11 years ago in the wake of the 2008 Global Financial Crisis, as a means to directly negate the fiscal consequences of that period, and by extension the recent financial crisis which kicked off in March 2020 with the COVID disruption to manufacturing and supply chains as well as an ill-timed oil price war.

Bitcoin by design is a digital currency that is completely independent of any government and its established financial system. If Bitcoin were to be accepted as a global currency it would strip governments of their power to create more money. It has a maximum supply of 21 million units and a built-in anti-inflationary mechanism that protects Bitcoin holders from the risky monetary policies currently being implemented by central banks.

The Bitcoin community is full of members who view the cryptocurrency as a way of resisting government overreach and some fear a proposed digital US dollar or CBDC will just hand over more power to the central Government. Rogers' comments on the Japanese publication will be of a concern to most in the space.

So what is the US without control of the de facto global currency? Well, Roger’s alluded to their second most powerful tool. He said, "The government has something that those who work with virtual currencies don't have," Rogers said. "It's a gun."