Dogecoin (DOGE) has been in a frenzy in the past 24 hours following the acquisition of Twitter by Elon Musk, the CEO of Tesla Inc. 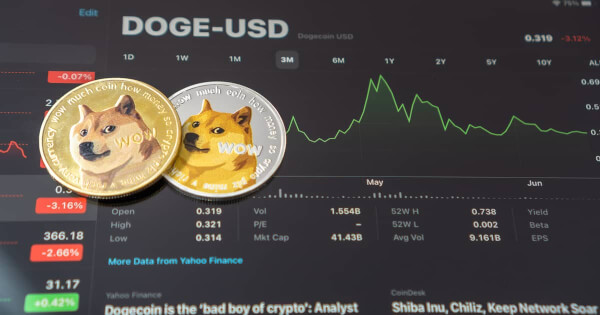 “The number of large transactions on the DOGE network with a value greater than $100,000 just reached a four-month high at 2,400 transactions. Such market behavior can act as a proxy for whales' activity, suggesting how they may be positioning for a big price move.”

Sitting as the tenth-largest cryptocurrency based on market capitalization, Dogecoin is enjoying a bullish momentum based on heightened activity on its network.

Martinez added that Dogecoin might continue scaling the heights because it is eyeing the $0.24 price level. He noted:

“Dogecoin is breaking out. DOGE appears to be heading to $0.24 after breaking out from a falling wedge pattern on the weekly chart. Failing to hold above the $0.13 support level can invalidate the bullish outlook for DOGE.” 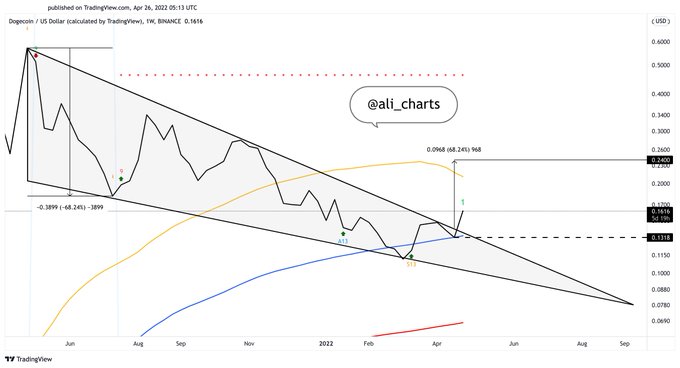 As a strong advocate of Dogecoin (DOGE) and other Shiba Inu-themed memecoins, Musk’s crypto influence has not gone unnoticed as his tweets often make prices soar.

He had previously opined that Dogecoin was the people’s crypto.

“DOGE is reacting to the possible acquisition of Twitter by Elon Musk. The volume in perpetual swaps has increased by 6x in 24 hours, reaching a 3 week high of $3.13b.”

Therefore, Musk’s acquisition of Twitter for approximately $44 billion was good news for Dogecoin and other memecoins like Shiba Inu (SHIB), which was up by 7.48% in the past 24 hours.

Is Bitcoin Getting Ready for a Bullish Continuation?