Ethereum Surpasses $38K for the First Time Since Mid-May as Large Transaction Volume Hits $16.15B


After the London Hardfork or EIP 1559 upgrade went live on August 5, Ethereum’s price has been experiencing an uptick, with the latest surge above the psychological level of $3,800.

Prior to touching the $38K level, ETH has broken through the $35K milestone. Data analytic firm IntoTheBlock explained:

Therefore, the price increase prompted transactions above $100,000 to go through the roof on the Ethereum network.

The London Hardfork upgrade introduced scarcity every time Ether was burnt after being used in transactions. This feature helped eliminate inflationary tendencies that the network was accustomed to before.

This shows a holding culture because more whales keep their Ethereum in cold storage and digital wallets, which is bullish.

Meanwhile, the non-fungible token (NFT) and decentralised finance (DeFi) sectors have played an instrumental role in Ethereum’s rally based on the prominent participants they bring.

For instance, the NFT market capitalisation on the ETH network is estimated to be $11 billion, as revealed by Messari Crypto researcher Ryan Watkins. 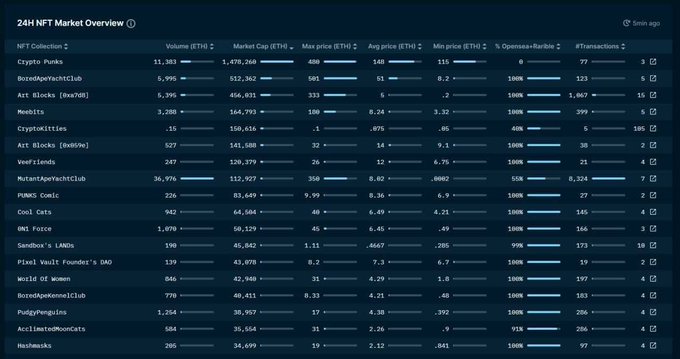 NFTs are blockchain-based digital assets whose value is pegged on their uniqueness, given that these tokens are non-divisible and have to be bought in their entirety.