Sen. Bernie Sanders has publicly threatened to filibuster the Senate’s vote to override Trump’s defense bill veto until they allow a vote on upgrading the $600 direct stimulus payments to $2000. While the move will no doubt garner the support of working-class Americans, more money printing equals more problems for the dollar and more push for Bitcoin. 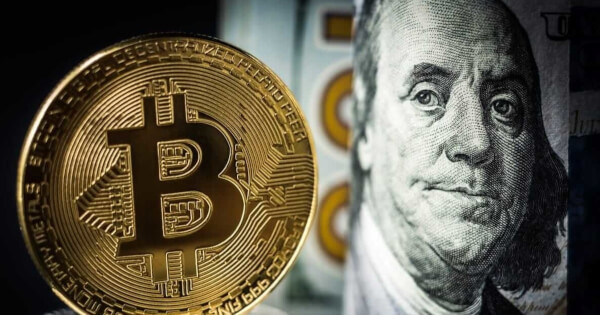 As reported by Politico on Dec. 28, Sen. Bernie Sanders will filibuster an override of President Donald Trump’s defense bill veto unless the Senate holds a vote on providing $2,000 direct payments to Americans.

Sanders also shared the news himself on Twitter just hours ago. The Senator said:

“This week on the Senate floor Mitch McConnell wants to vote to override Trump's veto of the $740 billion defense funding bill and then head home for the New Year. I'm going to object until we get a vote on legislation to provide a $2,000 direct payment to the working class.”

Senate majority leader, Mitch McConnell has given no indication how the payment-hike bill will be handled. In a rare twist, both Trump and Democrats support the $2,000 payments, while most Republican senators have been opposed. At least 13 Republicans would need to cross the aisle for the bill to pass.

Following President Trump signing off on the stimulus legislation on Sunday, markets began the new week on a positive note, with slight gains seen on S&P 500 futures.

Bitcoin also immediately began to climb from its daily low of $26,450 to around $27,339. The price of traditional safe-haven asset gold also spiked and is set to make its biggest one-year gain in the last ten years.

While the potential vote on the direct payments being upgraded from $600 to $2000 will likely be welcomed by the American public and provide a further boost to the markets, stimulus efforts, and seemingly unlimited restraints on money printing to pay for them continue to put crippling pressure on the US dollar for the long-term.

The Bitcoin price could see an added surge as institutional and retail investors look to store their wealth in safe haven assets. Bitcoin has enjoyed closer comparisons to gold as store of value this year and institutions are betting that Bitcoin’s scarcity in its supply of 21 million tokens can be an effective hedge against the loss of purchasing power in the world’s most dominant fiat currency.

Back in the spring, as part of the first round of coronavirus stimulus measures, people received direct payment checks for around $1,200. That stimulus money, if it had been used to buy the Bitcoin, would now be worth almost $5,000. And according to Coinbase data, many Americans took the leap to Bitcoin to store their wealth at the time.

The Bitcoin price has climbed over 250% during the last 12 months, helped on by support from payments giant PayPal and institutional investors like Microstrategy and MassMutual Insurance warming up to the cryptocurrency safe haven potential.

A jump in direct payments from $600 to $2000 would likely provide more opportunity for Main Street to invest in Bitcoin, while the current bill has been criticized for mainly providing further support for Wall Street.

Sen. Bernie Sanders is attempting to stall the Senate until a vote on the direct payments increase to $2000 is allowed, but how likely is this plan to succeed?

According to the Congressional Research Service, although veto overrides can be filibustered it is a rare procedural move because the veto override already requires 67 votes and the filibuster is simply a delay tactic.

“The American people are desperate, and the Senate has got to do its job before leaving town[…]It would be unconscionable, especially after the House did the right thing, for the Senate to simply leave Washington without voting on this.”

The potential vote also appears to be creating a rare rift in the GOP as Republican Sen. Marco Rubio also endorse the $2000 amount with added support from other House Republicans despite many conservatives oppose that level of spending and the additional debt to the Treasury.

It still remains unclear whether there are enough votes in the Senate supporting the $2,000 checks, which would require at least 12 Republicans to cross the political divide and vote with the chamber’s 48 Democratic Caucus members.